Explore Condos in the Neighborhoods of Siemreap

7 Condos for you
Sale

Condos for sale in Siemreap, Cambodia 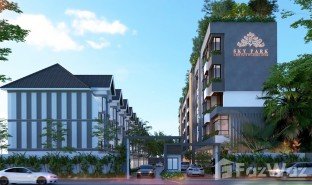 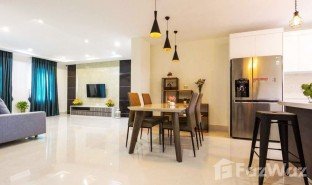 What you need to know about Siam Reap?

Siem Reap is a province in North-Western Cambodia and the city is close to the northern shores of the Tonle Sap Lake.

Siem Reap was just a bit more than a village at the beginning of the 19th century when the French explorers rediscovered the ruins of Angkor and they were immediately restored by the French, and very soon, the temples of Angkor became the main highlight of the region. The temples are at just a short trip from the heart of the city.

The city, which is a group of villages along the Siem Reap River, evolved from being just a stopover to see the Angkor temples. It is now a spirited city, and a major tourist location with contemporary hotels, resorts, and restaurants, while still preserving its culture, traditions and rich architecture and it receives over two million tourists every year.

The popularity of the Angkor Temples is the reason for a host of industries performing well in the region, mainly Art and Handicrafts. Over the years the site has attracted many artists, photographers, writers, and filmmakers all mesmerized by the architectural heritage.

Siem Reap is home to hundreds of NGOs, which are established all over Cambodia to rehabilitate the victims who suffered the horrors of landmines. This is the best place to look for jobs or internships for those interested in working for NGOs. There are also various job opportunities in a western bar, guesthouses and teaching English.

Expats end up taking up these job positions and are staying long-term in the city which has given rise to the demand for residential properties of different types to cater to the needs of locals and expats. You can find long-term guest houses, apartments or condos, shared apartments, traditional shop-houses, and modern villas all in this city.

Learn more about the Siemreap condo market through trends and average prices.

How affordable is it to live in Siemreap?

The median sales price is approximately $105,000 in Siemreap

The median price per square meter in Siemreap is $1,048

The Siemreap area currently has 7 properties for sale

What are the best type of condos in Siam Reap?

With the increasing number of expats coming to work and live in Siem Reap, the demand for modern condos is on the rise. The city has several condo projects under construction which are scheduled to be completed by 2020.

What are the most popular areas in Siam Reap?

Based on your needs, choices, and budgets, you can choose to live in one of the following popular residential areas of the City:

What is the average price of a Condo in Siemreap?

The population of Siem Reap is about one million and is increasing at about 2.5 percent per annum. Despite the local and tourist population, the city still has the charm of a small town. The infrastructure, public utilities, and education system still have a long way to go, but all these are in contrast to the existence of luxurious hotels and pubs and bars.

Traveling in and out of Siem Reap is convenient with its International airport. It’s just 20 minutes away from the city center by tuk-tuk. You can take flights to different destinations in South East Asia from here. The city is also connected to Laos, Thailand, and Vietnam by bus.

Tourists visit the temples during the day, and in the evening the Old Market area, the Central shopping, pub and restaurant areas are transformed into an exciting entertainment hub at night. This area sees the opening of a new bar, restaurant, boutique or spa every other week.

For medical care, Siem Reap has the Royal Angkor International Hospital for emergencies. Then there’s Angkor Hospital for Children, which also will treat adults in an emergency. However, for any serious medical conditions, you will need to go to Bangkok or Singapore. It is advisable to have International medical insurance to cover all eventualities.

You can travel from Siem Reap to Phnom Penh on a 3-day river cruise on Tonle Sap and the Mekong River, and enjoy the sights while relaxing on a comfortable boat.

What are the top 3 reasons to invest in Siam Reap condos?